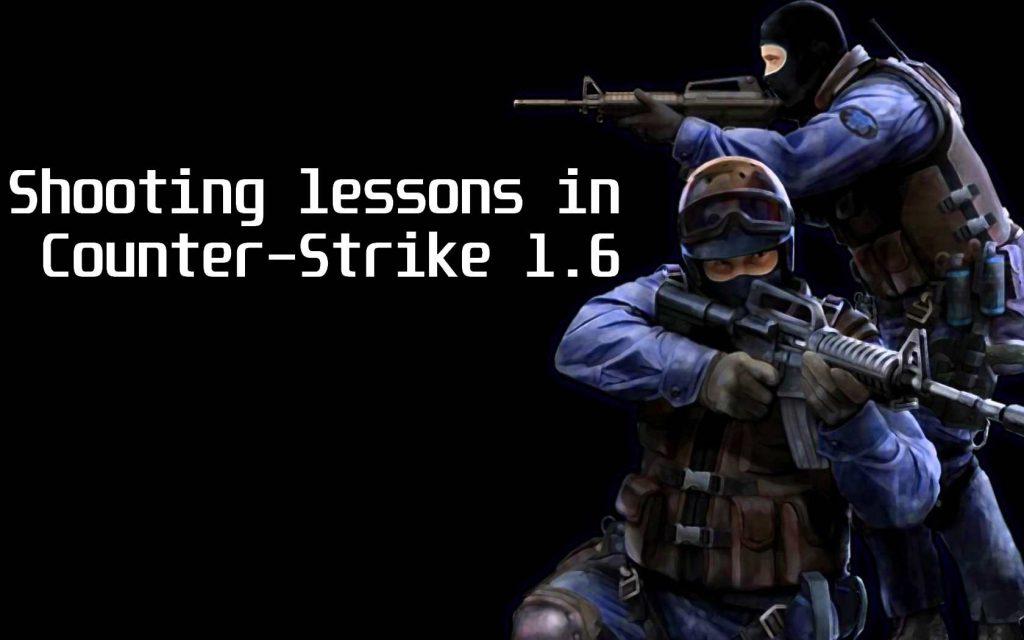 The Counter-Strike 1.6 has a rather complex and realistic system of shots and hits. In order to learn how to masterfully shoot down headshots and be a leader in frags. It is quite possible to quickly learn to play as a master if you know in advance some of the subtleties of proper shooting.

Create a single game on the map. When creating a game, enter the maximum amount of money in the parameters so that you can practice on any weapon. You will shoot at the wall until you learn to control the weaponand , get to the intended place. When shooting, pay attention to where the sight goes when shooting. Accordingly, maneuver the mouse until you become intuitive while shooting. You have to stick to the goal of getting to the center. Swipe the mouse in different directions that would universally effectively hit the targets.

The most impressive skill is hitting the head, but it is also one of the most difficult. Many seasoned players will undoubtedly tell you that if someone had explained the principles of a bullet in the head, they would have reached the high-level skill a lot earlier. And so, what should you pay attention to when developing the skill of accurate shooting. What are the methods of shooting in the voice in Counter-Strike 1.6?

The most popular and easiest way to start hitting the head is to aim one round at a time. In this way, you avoid triggering the recoil mechanism of the weapon when firing. Measured training is very important here because there should be no mistakes with this type of shooting because it is planned so that you would put the enemy in one hit. Your hit should become one hundred percent deadly for the enemy. In addition to hard training, you may need a gaming mouse.

It’s more complicated than that. You will shoot two bullets at once, and it is possible to destroy the enemy only by hoping to hit the head. This is more complicated than the method described above. The idea is such that they would have to inflict maximum damage with the first bullet, and then finish it off with the second hit. However, the ability to release two rounds into the head requires even greater effort.

This is the most common way to hit an enemy in the head. A burst of three bullets will help you get a frag. This method causes maximum damage, and insures you against the possibility of missing because several bullets cause severe damage and significantly increase the chances of winning. After all, for a headshot with one bullet, you need to spend a lot of time on training rinks.

At the same time, you need to remember that the described methods are suitable for shooting at a range, and when your opponent has approached almost side-by-side, you need to act, only holding the trigger, aim at the chest area and try to control the scattering of bullets.

Having learned how to shoot correctly, the CS 1.6 will open before you in a completely different way, you will get the opportunity to compete in the excitement in order to become a leader in the rink and earn credibility.