What is and how to play JailBreak Counter-Strike 1.6 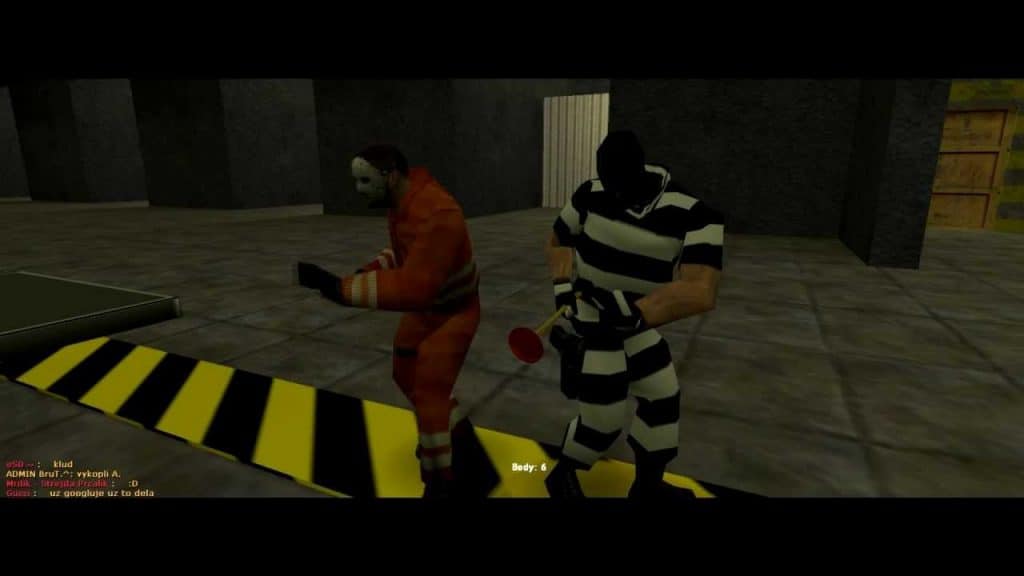 What is and how to play JailBreak Counter-Strike 1.6?

CS 1.6 JailBreak – a modification that may be known to many, for others – not. The main essence of this modification is for the caregivers to control the prisoners and give them additional tasks, for the failure to perform it on time or after performing it for the last you are killed and waiting for the next day. And as the main essence of prisoners is known, to beat the guards, to make riots, to run out of cages through additional openings, and to look for lost weapons, or simply to hide from the caretakers until you are alone.

Counter-strike 1.6 jailbreak modifications usually involve additional points for which you can buy additional items, i.e. from handguns like a drudge, a mosque to things like a free day.

Freekill – probably a well-known phrase combination of words from English. If the administrator sees this on each server, the supervisor is given a rest for this, for a certain amount of time.

Freeday/Camera Day is a freeday, it’s a free day and you can spend it whatever you want and wherever you want, except to go to the gun room, where the guards will usually be on duty. Also, freeday usually ends when the clock at the bottom shows 0:00.  Freeday is usually given for good behavior on a prey tale day. On-Camera Day, it’s the day you have to go into the corner of your camera, sit down and turn against the wall, then the supervisors check if you’re doing it, if you’re moving, you’re shot. Also, camera day is usually given for shooting one of the caregivers.

Slippers/chases – a game that you can rarely see on some servers, the main point is that during hiding – you have to hide and you can use your ammunition against the caretaker (not weapons), and the caretakers look for you with weapons, when found – shoot you. Chase a little differently, the caretakers get with their hands, electroshocks, you can not resist, otherwise, you will be punished.

The game – Simon.  – in order for this game to start, one of the supervisors must say through the microphone that “Simon says – that I am Simon”, then automatically the one who said it becomes “Simon”. It is often the case that another supervisor checks your vigilance and may say this if you perform the action of another supervisor  – you will be removed. Simone is easy to play, but it’s deceptive if Simon says – “Simon says you’re going to get up and don’t move.” “Simon says to stand up” – it’s not right. If the supervisor says go all over somewhere without finishing the day “Simon says Simon’s done,” you can’t go anywhere.