Most popular Counter-Strike versions which you must have:

Counter-Strike: Global Offensive (CS:GO) expands the boundaries of the hurricane team game introduced 19 years ago.CS:GO includes new maps, characters, weapons, and game modes, as well as improves the classic component of CS (de_dust2, etc.). Counter-Strike surprised the entire gaming industry when the unremarkable modification became one of the most popular shooters in the world almost immediately after its release in August 1999, “says Doug Lombardi from Valve. “For 12 years, it continues to be one of the most popular games in the world and leads eSports competitions, and more than 25 million games of this series have been sold around the world. CS:GO promises to push the boundaries of the acclaimed gameplay and offer it to players not only on PC but also on next-generation consoles and Macs.”

Counter-Strike: Global Offensive you can buy from: https://store.steampowered.com/app/730/CounterStrike_Global_Offensive/

Including intense violence and blood.

Counter-Strike 1.6 you can buy from: https://store.steampowered.com/app/10/CounterStrike/ 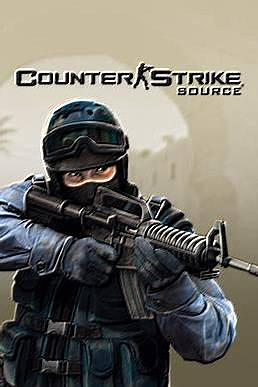 Including intense violence and blood.

Counter-Strike Source you can buy from: https://store.steampowered.com/app/240/CounterStrike_Source/

online shooters of the famous Counter-Strike game series are one of the most popular network games. Fighting on the side of terrorists or special forces, players round by round must complete the task. This game has everything: fast action and subtle, verified tactics. Anyone can join, and the best will be on top.

For the first time on Steam, Nexon makes part of the counter-strike’s story accessible to everyone! Classic Counter-Strike gameplay, new modes, plus the game is free… Exactly, ZOMBIES! We invite you to contribute to the destruction of the living dead. You will find a lot of zombies, both in the “player vs. player” modes and in the “player against the computer” modes.

▪ Free game: Counter-Strike Nexon: Zombies does not require a purchase or a paid subscription, just download the game and plunge into the action. ▪ Many modes: the word “Zombies” was not in the title for nothing: exterminate a variety of zombies both together and fighting against each other. Go through scenarios that include intense battles with zombie bosses, apply unique abilities in the “Zombie Hero” mode or lead a group of survivors and together build and defend your base from waves of zombies in the mode  “Asylum”. But in the game, you are waiting not only for zombies. Choose from two dozen modes, including “Beast”, “Battle on the Bazookas” and “Football”. Veterans of the game series can enjoy the classic Counter-Strike modes “Defuse the bomb” and “Rescue hostages”.

▪ Maps: In zombie story mode, discover the history of regions and the lives of people who have been disturbed by hordes of the walking dead. Each story contains multiple maps. Access all the maps while surviving the missions and find the solution to the mystery of the conspiracy of the dead! In total, more than 60 zombie-themed maps in order to become a real master in Counter-Strike Nexon: Zombies. But we know what you think. Without de_dust it would not be Counter-Strike! There are all the classic maps here  Counter-Strike is not only from the initial release but also from later versions of the game.

▪ More weapons: The arsenal in Counter-Strike Nexon: Zombies has become much larger and more diverse because you need all the firepower to be one step ahead of this walking undead. It’s good to have a twelfth-caliber barrel, such as a Double Barrel shotgun or KSG-12, capable of stowing zombies with a single blow. But maybe you want to keep the zombies away from yourself? In that case, grab the Skull-5 and cut a couple of heads off your shoulders or Dual Infinity.  Terrorists and special forces received a greater selection of weapons from sniper and assault rifles to compact submachine guns. If you want to try something new, take “Dragon Claws” or futuristic energy pistols and fantastic rifles in zombie modes.

▪ New Faces: The world of the walking dead is huge and diverse in the world of Counter-Strike Nexon: Zombies. The most interesting thing is that you can play as them after joining their ranks! Each zombie character has unique abilities, helping you use interesting skills in the attack and become the best living dead. For the world of people – a large selection of new characters fighting for terrorists and for special forces. Now there are women among them!

▪ Create and upgrade: The new weapon modification system allows you to upgrade the gear you own or create new ones. Want to repaint your weapons? Improve combat qualities? Need new weapons? Just fight and you’ll definitely get the materials you need.

▪ Like one family: Team up and fight together! Team up with friends as a “family” to earn rewards faster and get special gear by playing Counter-Strike Nexon: Zombies together. Plus, the family system allows you to share equipment with family members.

▪ The game is constantly updated and supplemented.  We’ll be working regularly to release new zombie modes, and fill the game with new maps, weapons, and anything else that might satisfy your “inanimate” appetite— all to make you want to play.

Counter-Strike Nexon: Studio you can buy from: https://store.steampowered.com/app/273110/CounterStrike_Nexon_Studio/ 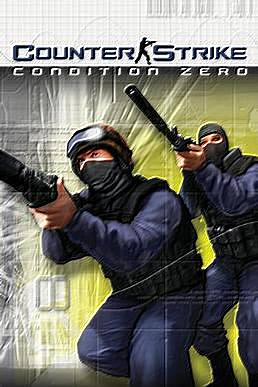 Together with a huge “Duty” campaign, a virtually unlimited number of game modes, updates, and new content that develops the classic multiplayer mode “Counter-Strike”, as well as a dozen additional single missions, the game “Counter-Strike: Condition Zero” is a terrific mixture of single player and multiplayer battles.

Counter-Strike: Condition zero you can buy from:  https://store.steampowered.com/app/80/CounterStrike_Condition_Zero/