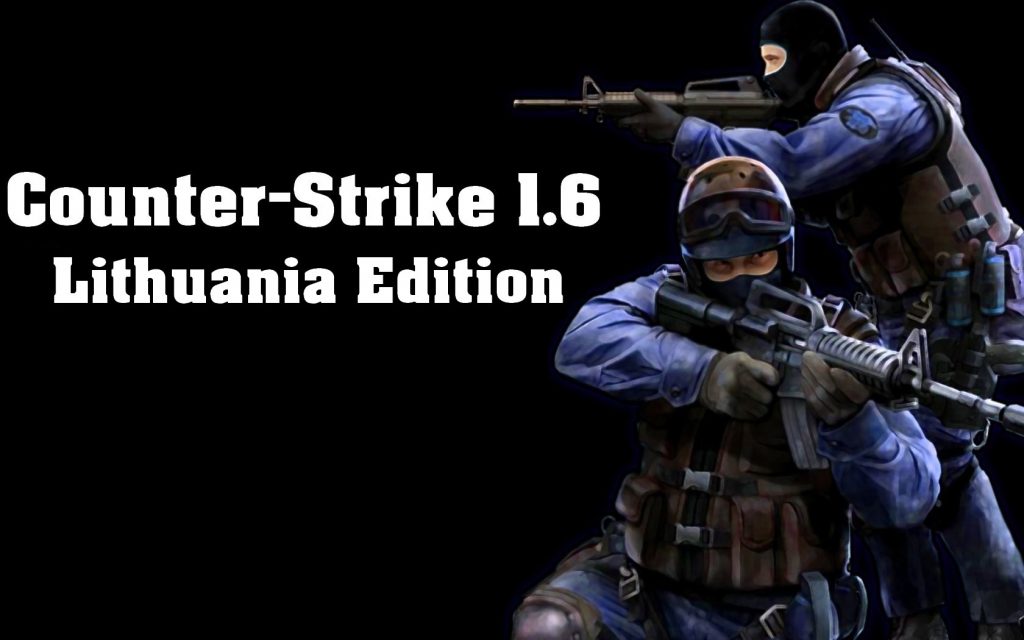 Counter-Strike 1.6 Lithuania Edition is an edition of the game designed specifically for the citizens of Lithuania. It includes a lot of interesting features and updates that will make the players go crazy about the game and they would want to play it right away. Some of the updates include the new weapons type, maps, and player models for the players to make their game exciting. Download the new edition if you want to make more interesting experience.

Let’s take a deeper look at the game to know more details about it. Right when the game starts, the players are welcomed with a design that includes the Lithuania national flag and a remixed version of their national anthem, and some other music in the background. The game menu and its background have some colors that are related to Lithuania’s national colors such as red, yellow, and green. However, to know more about the game, one should play the game for it. The game contains remade weapon skins which are improved and much better than the classic version of guns and rifles.

As well as different player models, CS Lithuania has old versions of player skins from the first version of the game before it was released on Steam. I like those, and they create a nice retro atmosphere that makes the gameplay even more enjoyable. It is the perfect version for players who enjoy the original game but want to try something different, as the in-game features like sprites and HUD are mostly unchanged.

Furthermore, the edition comes with bots (CPU players) so you can play alone if you want to train your skills, don’t have internet access, or simply want to have fun alone. Several options are available in the convenient menu, including difficulty and amount settings. You can play online safely with powerful protection, and you can browse hundreds of different server locations from around the globe with the server browser. Moreover, if you are interested in a particular server or cannot decide on which server you should play the game, then you should go for a random server option which makes it easier for the players to play a game. Download the edition that will immerse yourself deep into the realistic world.

Counter-Strike 1.6 Lithuania Edition is an amazing game when it comes to modified graphics, guns, player models and skins, and much more. Counter-Strike 1.6 Lithuania Edition is made for the citizens of Lithuania specifically so that they can feel at home while playing the game. This could be something they can say is theirs. The game can be downloaded directly from the page as a direct link has been given or players can go to the torrent site where they can download the game. However, downloading from the direct link is more convenient. Download Now Lithuania Edition
cs 1.6!