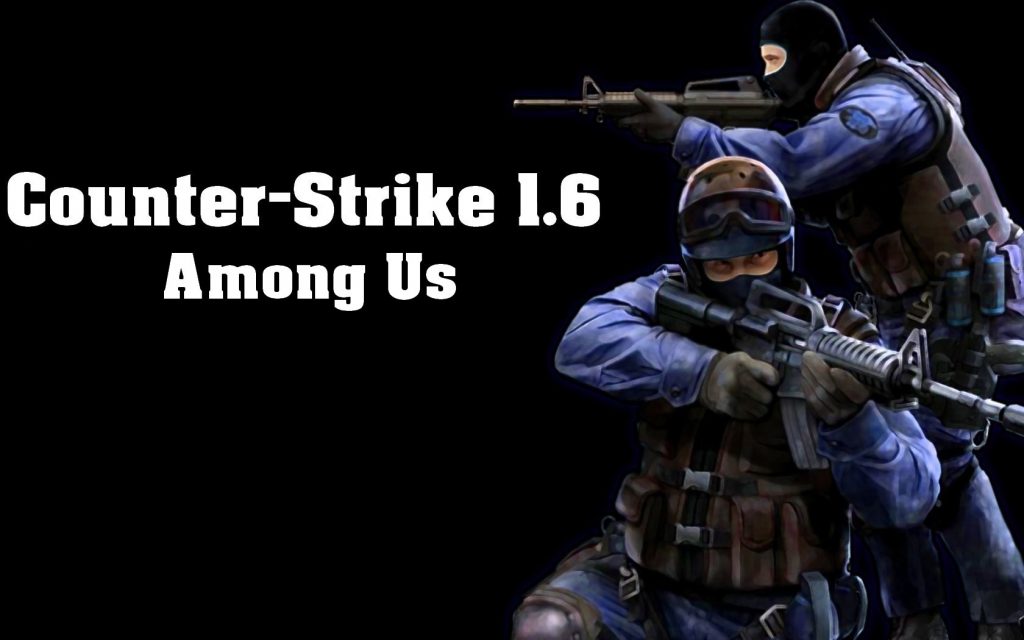 If you want Counter-strike 1.6 Among Us version and enjoy it with all those colored characters, this is the best website to do so. Hundreds of other modified versions of Counter-strike 1.6 are available on our website that you can download and install to enjoy two games at the same time. It is a great way to kill terrorists in an Among Us-themed world filled with bots as well as real-life players.

Counter-Strike 1.6 Among Us Edition

Among Us is a popular game these days, and players have been searching for the Counter-Strike 1.6 Among Us version for quite some time now. This version features the best of both worlds. Enjoy the retro space look and defeat terrorists before they detonate the bomb. When you start the game for the very first time, you will be greeted with the famous Among Us picture that states the word “Shhhhh!”. This is a treat for Among Us lovers, while Counter-strike 1.6 lovers will also enjoy this new look.

Moreover, you will also enjoy more Among Us background images from time to time in the game. The original soundtrack of the popular space game Among Us is also added to Counter-Strike 1.6. The main color scheme of Counter-Strike 1.6 Among Us is white, green, and black. As soon as you step into the world of Counter-strike, you won’t even feel the difference that you are playing Among Us or Counter-strike. These changes aren’t just related to main menus, and you will see this when you enter a server to kill those terrorists. Some new Among Us-themed maps are added to the game. Download the game now to make your gameplay more interesting.

You can pick between red and blue color characters instead of the default terrorists and anti-terrorists forces characters in counter-strike 1.6. Animated-style weapon skins are created to help you feel like you are in a virtual spaceship and have to knock the intruder out before he destroys it. Hud is totally redesigned with Among Us themed fonts to make it look fantastic. Keep track of enemies with the built-in Radar and get aware of their presence to prepare yourself and kill them. Don’t worry if you are not connected to an active internet connection, as Among Us bots are available for you to engage in combat with.

These were all the features along with detailed information about this Counter-strike 1.6 Among Us version, which was requested by thousands of players from around the globe. You won’t find this version anywhere else on the internet with these features, and this version will work on the latest version of the Windows operating system. So download this version, pick up a map and a server to challenge your friends.