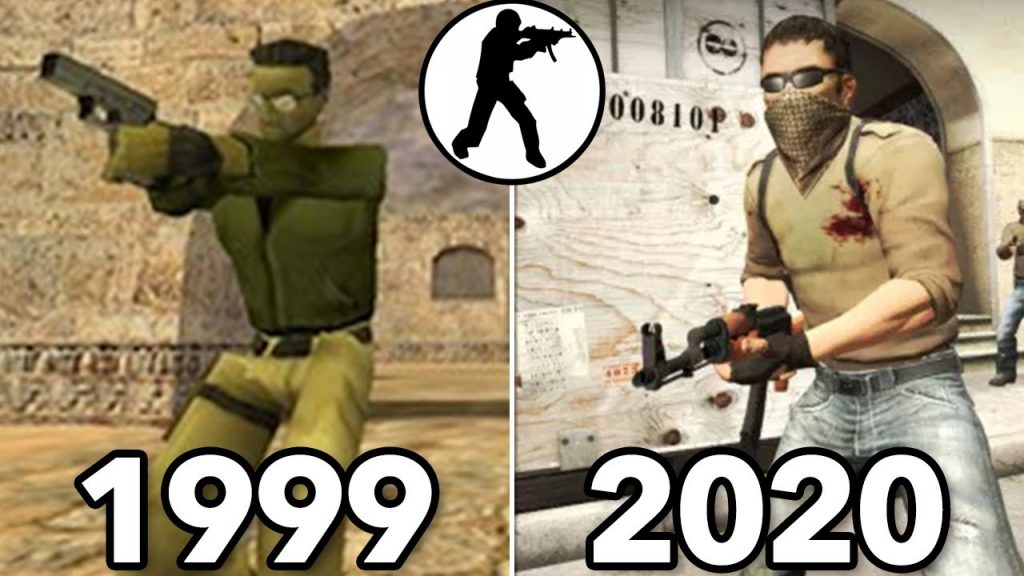 There are many titles, small and big titles, in the world of gaming, and while some of them disappear after some time, others stay for a long time and slowly move into the shadows of the past. A handful of titles have become so big that even those who are limitedly connected with the gaming community know about them. Counter-Strike is a first-person shooter game that comes at the top of the list, and it is a pioneer in team-based battle games.

In 1999, two developers decided to create a mod of the popular Half-Life game based on the idea of multiplayer gameplay in a closed area. They only took basics from the original game and created everything else from scratch. It is called Counter-Strike, where one team takes the role of an anti-terrorist squad while other team members are terrorists.

The title didn’t earn popularity in one day, and developers also stated that a large number of gamers even refused to test it. In this situation, developers decided to release the mod on the internet, and it was a success. The first version only featured the hostage rescue mission, while the bomb defuses mission was added later.

The game featured a large number of maps right from the start, but developers removed some of them in future updates. After some time, it was noticed by big names in the industry, and the rest is history.

Noticing the large player base, Valve, which is the development company of Half-Life, bought the mod from developers and did some development before releasing it as a standalone game in the year 2000. It featured a large number of updates, but it still needed a lot of work. The final version of the game, which is called the Counter-Strike 1.6, was released sometime later, and it has everything that players wanted.

This version of Counter-Strike was also built on the same GoldScr engine, but the biggest difference between both versions is that it featured a story mode. For those who didn’t have an internet connection, they were able to kill bots and unlock new locations to progress through the game and enjoy it. To win each level, players had to kill a specific number of players with the desired weapon. The game also featured the multiplayer mode, which the original Counter-Strike game is known for.

Valve released two titles of the same series in a single year because they wanted to test their new engine. It was more popular than the Condition Zero version.

CS: GO was released in 2012, and it has been one of the top games since then. It featured some quality improvements in terms of graphics. After the release of this version, many Esports competitions were held around the globe with big prize pools. Players can customize their weapons with cosmetic items to express their feelings.