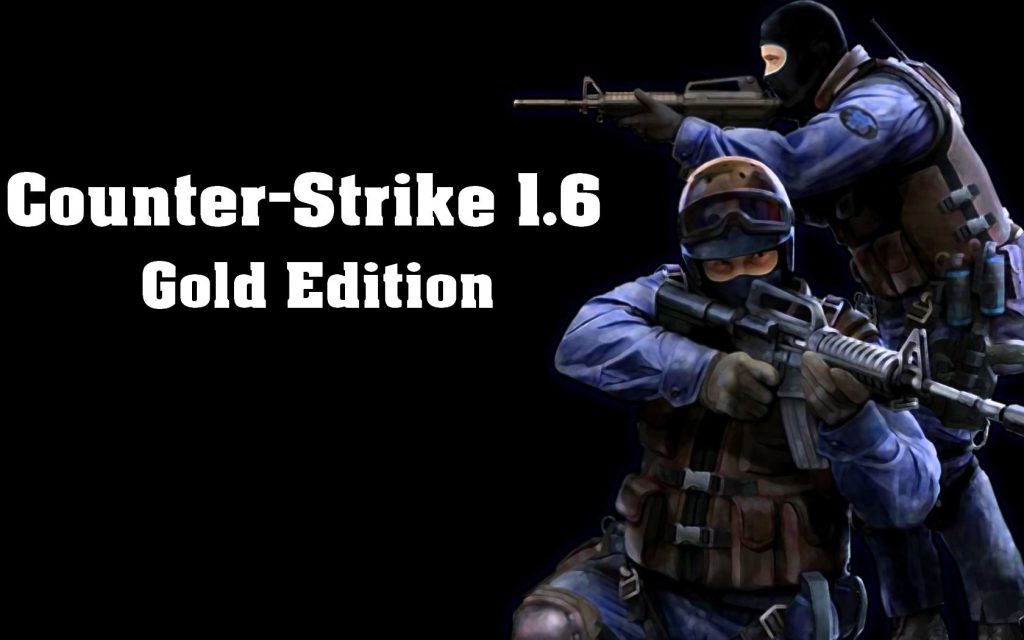 Counter-Strike 1.6 Gold Edition comes with the exclusive golden touch that makes the game all shiny and attractive for the players. The game has a powerful re-design and this has revamped the gaming experience of the players. Now they would be having everything in the golden touch and who doesn’t love gold even if it is in the game? Download now to make your experience more interesting.

The game has a new menu design that makes it easy for the players to navigate the game. They can move around easily while listening to a great soundtrack that is running in the background. Moreover, the game has an amazing background picture that gets the first impression of the game right. To know more about the game, it is always best to enter the server and see the gameplay. In the gameplay, you can see the new maps that are being modified for the gamers and you can play the game in them just like in old times.

The game comes with golden weapons, which means that the weapons have golden skins on them making them shiny and exclusive for the games. Moreover, the Counter-Strike 1.6 Gold Edition has all the modern modifications and upgrades which give it high-definition features. Players can play any map in the game without any problem as the whole game is protected from any kind of virus. Plus, the game’s menu also has a golden touch and this is attracting players as everything gold in the game brings a spark to the game.

The bots can also be played offline, which is also important to mention. There is a very convenient menu that will help you configure the right settings, such as setting the difficulty level, the number of players, the weapon mode, and many more. You can find a list of servers online through the web browsers which provides complete safety throughout the game while playing online. Moreover, if you are lazy to pick a server from the browser, then just go for the random server option. Download the new edition that immerses yourself deep into the challenging world.

The game comes with amazing features that will keep you engaged with it for hours without making you feel tired. Moreover, it has improved graphics that will give you a wholesome feel of the landscape in the game and skins that player models are using in the game. New weapons and other such features have modified the game to the level that both old and new players are interested in playing it. Counter-Strike 1.6 Gold Edition has the golden touch in everything from the main menu to the weapons skins which sets it apart from all the other versions of the game. People love gold and this golden feature has made the game really popular. Download now!