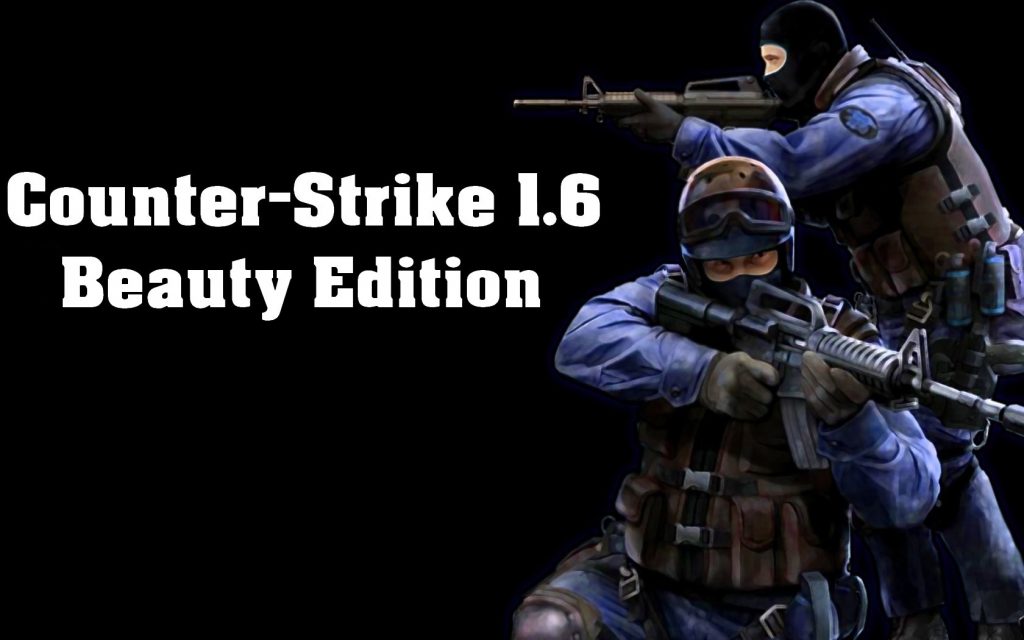 Counter-Strike is a video game franchise that features multiplayer first-person shooter gameplay in which terrorist teams fight to carry out terrorist activities while counter-terrorists strive to prevent them. Counter-Strike, the first game in the series, was released for Windows in 1999.

Counter-Strike is a multiplayer first-person shooter with objectives. In game modes, two opposing teams, the Terrorists and the Counter Terrorists, strive to fulfil objectives such seizing a site to plant or defuse a device and rescuing or guarding hostages. At the end of each round, players are rewarded with in-game currency to spend on more powerful weapons in upcoming rounds based on their individual performance. Winning rounds earns more money than losing rounds, and fulfilling objectives like killing opposing players earns cash bonuses.

Like original title, 1.6 Beauty Edition also comes with Classic mode that is straightforward and unique. In this mode four players to form a team and engage in enemy combat. To get points and win the game, complete goals including bomb defusing, hostage rescue, VIP assassination, and bomb planting.

Beauty Strike can provide you with an entirely new experience. In actuality, women are not only capable of doing housework, but they are also capable of completing assignments as well as men. The popularity of legendary games like Tomb Raider shown that individuals may have a lot more fun playing the game as women. Beauty Strike differs from Counter-Strike in the model of actors, the main screen, the sound of wound and death, but the scenery and operation remain the same. Download the edition for free from our site.

This edition lets you to see and play as female player models in your Counter-Strike game, whether you’re a terrorist, a counter-terrorist, or a VIP. But be warned that from now on, these lovely girls may easily distract you. So, try to concentrate on crucial events and avoid being distracted by them.

Beauty edition is female version of counter strike 1.6. All of the characters in the game are stunningly attractive ladies, and the game’s major subject is also about females, thus this version will appeal to both genders.

At the beginning of the game, you will see a fantastic new game menu design with an outstanding background photo of a gorgeous female aiming a machinegun. The GUI is fantastic, with a good colour scheme and a wonderful soundtrack. Other changes are instantly noticeable in gameplay: for starters, all of the regular maps now have new HD textures and look really fresh and attractive.

For more than two decades, a significant number of games attempted to surpass Counter-Strike but were unable to do so due to the sheer number of fans. Developers provided a few updates every now and then to keep gamers interested in the game. Based on the data, it is safe to conclude that the game will be available in a few years, and the number of players is growing by the day. Download now!