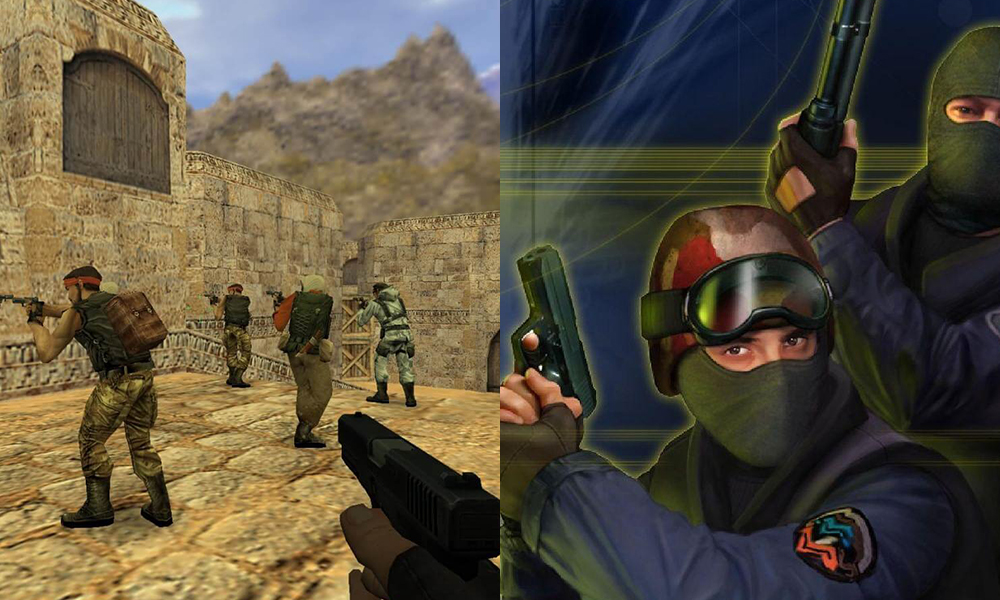 Counter-Strike has undergone significant development since its initial release in 1999. Therefore, nowadays, different gameplay varieties differ in terms of what players have to accomplish to win or score points.

There are no external add-ons involved with any of these mods apart from the additional resources downloaded automatically upon joining the server. Most of these mods are very popular and well known.

CS 1.6 gameplay is the most original and straightforward that we have already discussed. Generally, it involves taking out enemies and completing tasks such as bomb plant/defuse, rescuing hostages, and rescuing VIP players.

If a server uses a non-standard map, this mod does not require additional resources. Those who are just starting should study classic gameplay first.

As the sequel to the game that debuted 19 years ago as the first of its kind, Global Offensive builds upon the original gameplay based upon team-play.

With the release of Global Offensive, the CS classics come with new maps, characters, and they can all be enjoyed together in one package.

It’s a straightforward mod that primarily revolves around shooting the enemies without doing additional tasks. In this game, players are automatically respawned once they die, and the game becomes an endless round after that.

Modifications like this come from games like Unreal Tournament and Quake. They’re fun, have plenty of shooting, and are constantly pressured to reach the top.

CSDM is a mod that respawns you automatically. This one is similar to CSDM. The difference is that it’s a lot more complicated. The game involves players reaching new levels as quickly as possible to take the lead and finally win by completing all of them faster than anyone else.

Players start with pistols, move on to rifles, machine guns, and finally grenades and knives as they progress through the game. Those types of gameplay are incredibly satisfying and addictive.

Zombie Plague is a mod based on Left4Dead: zombies vs. people games. The story begins with one of the teammates getting infected by the virus and becoming a zombie.

They then have to infect as many people as possible to dominate the world. Before they can conquer the world, humans need to eliminate all zombies. It is a trendy mod, so there are countless excellent servers to play on.

As players progress through the CSDM mode, they have to progress to new levels quickly to take the lead and ultimately win by completing all of the levels.

The game starts with pistols, rifles, machine guns, and eventually knives and grenades as players progress. There is a great sense of satisfaction and addictiveness to these types of gameplay.

Rush has been created by the community as a version of the hostage rescue map designed by Invalid Nick. The game is set in a jungle environment, well known for many cottages dotted around the map.

It is a highly complex mod with a lot of unique tasks. There are two different teams, one with prisoners and guards. A guard is typically three or four times as numerous as a prisoner. A warrant – one of the guards – gives orders to the other team, which they must obey.

Guards have the right to execute anyone who refuses to listen to them. On every jailbreak map, you can find cells, a yard, a soccer field, and other specific areas. After figuring out all the rules, this mod is fascinating and fun to play.

CS: GO players believe running faster is possible when holding a knife. Even though that is technically correct, Bhop can be even faster.

In the early days of Counter-Strike, hopping was the only effective method for moving around, but after Valve introduced a number of changes, players could move around more easily. Taking the time to jump again just before you reach the ground after a jump is known as bunny hopping.

In addition to these modifications, Deathrun modifications are also prevalent. The goal is to finish the map while placing one of the players in a secure location, from which they can activate special traps that will kill anyone who gets into them.

Upon completion of the map, players can remove the activator. Today, in addition to that main objective, players can play different versions of the game.

There could be a zombie day: a terrorist transforms into a zombie and teleport onto the player’s base where he can spread the disease. After teleporting to the base, the terrorist becomes invisible and begins killing players. There are many other days that you can play, and all of them are very enjoyable.

Knives are permanently equipped in the melee weapon slot throughout the Counter-Strike series. You cannot purchase them or drop them. Knives are melee weapons, have a very short range, and make very little noise when slashed.

The mod’s objective is similar to that of the death run, which is to complete the map. This mod requires you to be able to surf, which means jumping from one inclined surface to another until the map completes.

There is another variant of surfing where you shoot enemies as you surf. This gameplay is fun in both forms, and I recommend you give it a shot.

In the SoccerJam mode, you attempt to score goals. In this mode, there is no offside or foul. It is possible to kill your opponents, and they will respawn after three seconds.

Clicking the LMB will cause your character to initiate a tackle. Holding Shift allows you to sprint while using stamina indicated by the stamina gauge. You can pass a ball by pressing RMB.

It doesn’t take long for Call of Duty to develop a large competitive scene. As Call of Duty’s standard game modes attracts more players, interest in Competitive Counter-Strike increases.  Many players don’t compete as a team in Call of Duty as it is an individual bar mode.

Like the previous two maps, this one has to be run from beginning to end. Only here will you need to have the ability to jump long distances from one surface to another.

These maps do not require shooting, and you can easily play them in offline mode, but it is always more enjoyable to play them with other players. You can start a timer at the beginning, so you’ll be able to see which of you finishes first.

In Superhero mode, players can transform into a superhero, a superheroine, or something by gaining superpowers, abilities, and traits. The player can have different abilities depending on what kind of hero or heroine they are becoming.

There are large expanses of plains, fields, mountains, rivers, seas in Warcraft III, and terrain features like cliffs, etc. At first, the map is not visible, but once it is explored, it is visible.

The fog of war occurs in areas that are no longer visible to allied troops or buildings, which means that even though enemy troop movements or buildings are still visible, the terrain itself is not.

This modification is that one team chases the other with knives while the other tries to get away. There are usually ladders and high surfaces on all maps.

Falling off these surfaces results in death. Your goal is to outdo your opponents and escape. There is a lot of fun with this type of gameplay, too, so it’s a must-play.

A PvPvE sub-mode called Capture the flag is available within the game. On the map, both terrorists and counterterrorists compete to capture as many control points as possible before the time runs out. If a winning team is selected, a new game round begins. Military personnel on both sides patrol areas controlled by their respective faction.