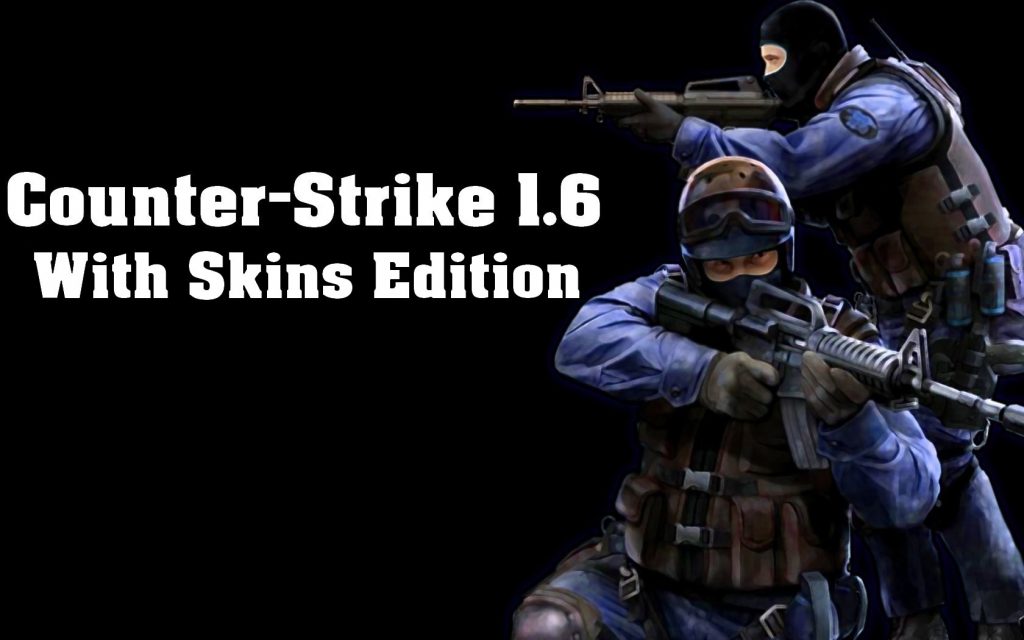 In this article, we will explain you a brand new version called Counter-Strike: Counter-Strike 1.6 with Skins. It is a great and very uniquely modified edition of the game that promises to bring you a great deal of enjoyment and joy. You can easily download CS 1.6 with skins via torrent or direct link. Which method to choose depends on your preferences, but both are very effective. It may still be more convenient to use a direct link, however.

The new edition is now available, so let’s take a closer look at it. As soon as we open the game menu, we’re greeted with an impressive HD widescreen background picture, a colorful color scheme, and an amazing track that creates an amazing atmosphere. Let’s join a server and see what we find. Then we notice another cool thing: a new HUD, radar, and a lot of other sprites as soon as the map loads. However, there’s even more to it: new textures for standard maps like de_dust, de_dust2, and de_aztec, among others.

There is also a whole bunch of new skins, and they are just awesome. The player models look identical to those in Global Offensive, and the graphics are amazing. As well as weapons, they have been completely redesigned and ported from CS: GO. As for the sounds, they have been replaced as well, so shooting a new Ak-47, M4A1, or Desert Eagle is simply a delight. Because of this, CS 1.6 with Skins is a perfect edition for players who enjoy heavy modifications, since this one is so much different from CS 1.6 it is hardly recognizable as CS 1.6 anymore.

Besides that, bots are available on any map you wish to play on. There is a convenient menu that lets you customize them as you want: set the difficulty level, amount, and much more. Viruses, dangerous scripts, and any other threats that exist out there will all be protected against malicious activity by a powerful protection system. As well, the server browser contains hundreds of different servers supporting a variety of popular modifications, such as classic or JailBreak. Select the “random server” option and connect instantly if you’re feeling lazy.

Counter-Strike: Counter-Strike 1.6 With Skins comes with a big widescreen that features a color scheme and a background picture. The game has a new radar feature and the bots in the game allow the players to play offline to improve their skills. New weapons have also been added to the game which makes it all more exciting and players would love shooting with them. The game features and players are somewhat similar to the ones in the Global Offensive; however, new textures in the maps are also added for the players. Download now CS 1.6 with skins!