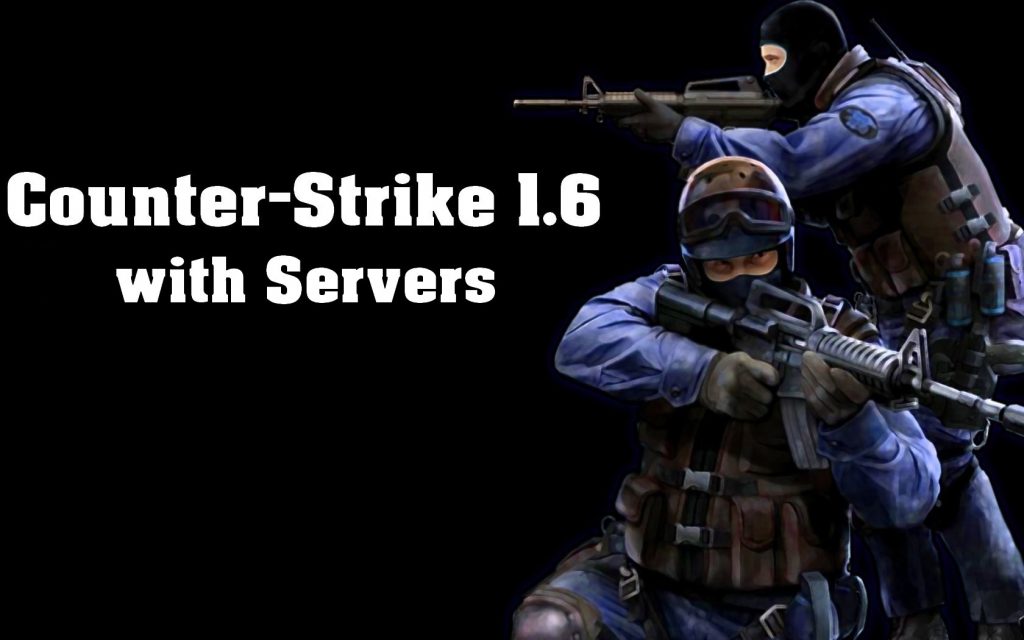 The Counter-Strike 1.6 was released in 2003. It introduced a completely revamped multiplayer experience focusing on team-based military shootouts across a variety of maps and play types. While the original game had a number of enjoyable playing modes, the bomb defusal mode eventually became the most popular. Like other similar games, Counter-Strike 1.6 also comes with dozens of version including Counter-Strike 1.6 with Servers that make the game more interesting and challenging.

Download CS 1.6 with Servers to play in the browser on a range of excellent servers. Overall, it is a completely redesigned version of the classic CS 1.6 game with fantastic online gaming settings.

The servers for CS 1.6 will be released with a brand-new gaming interface that includes a stunning backdrop image, a classy dark blue colour scheme, and an incredible soundtrack. However, let’s fire up the browser and see what servers are available. There are various servers available here that include all of the most popular modifications, such as Public, Classic, Hide&Seek, Kreedz, Surf, JailBreak, and, Zombie and Deathrun.

Beginning on open vintage servers, we rapidly realise that there are numerous maps and special builds available that allow us to truly appreciate retro gaming. Some of them have extra models and skins, which is fantastic because it allows us to appreciate our old CS in a new light. We decide to utilise the deathrun mod after inspecting them. It’s an excellent mod that allows us to effectively complete maps with multiple obstacles. The gameplay is quite exciting, and the servers are without a doubt among the best available.

Other servers like Jailbreak servers are also available here, and when we connect, we find ourselves in a prison, with guards telling us what to do, but we’ll continue and escape. Hide and seek is another fantastic example of a high-quality mod. We are either being pursued by the opposite team or acting as seekers in this situation. A fascinating and fun way to while away the hours. Of course, the zombie outbreak is the next destination, and there are various servers to pick from. Download Counter-Strike 1.6 with Servers version to make your gameplay more challenging.

Hostage Rescue maps are unique maps based on hostage rescue scenarios. There are at least four computer-controlled hostages inside or close to the terrorist spawn.

A map that simulates the act of planting and defusing a bomb is known as a bomb defuses map. Two bomb sites, A and B, are depicted on a map; one of them might be adjacent to a counterterrorism spawn point.

Maps that are based on assassination scenarios are called assassination maps. The VIP really spawns as a member of the counterterrorism team.

While counterterrorism forces attempted to intercept the terrorists, the escape map scenario required them to arrive at certain exit points within set deadlines.