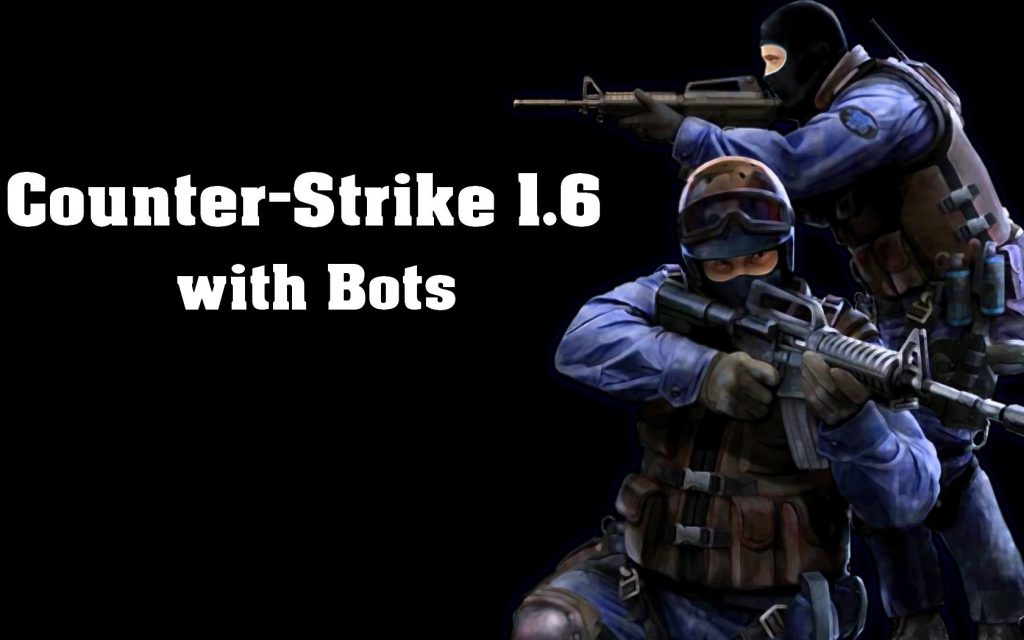 Counter-Strike 1.6 with Bots is a game that is specifically for the players who want to play only as a single-player game. It is an amazing edition with a great set of graphics and features to keep the players intact on the gaming screen for hours. Moreover, the game is all about shooting so the weapons in the game are exclusive. Download the new edition that will make your game more interesting plus challenging.

Let’s have a deeper look at the game. The Counter-Strike 1.6 with Bots comes with a convenient bots menu that can help the players to set their difficulty level anytime they want or the specific amount of players to a certain team, and choose the weapon type they want to use in the game. This version of the game contains everything that is required for a smooth game. Counter-Strike 1.6 with Bots has a modified design, new player models, and new weapons for the players.

Counter-Strike 1.6 with Bots takes the atmosphere of the game from Counter-Strike Condition Zero Deleted Scenes which is the reason you would see imported models, background, music, and HUD. Moreover, a whole set of new maps are added to the game such as cs_discounter, de_dustyaztec, de_rats, cs_1337_assault, and many more. You can start a new game by clicking on the map that you want to play. The bots take a little time to analyze the map once you have selected it and then once it’s loaded, you can get ready for action.

All the maps in the game are exclusive and they have an amazing look for the players who want to play the game. Moreover, the game can be played online too through browsers and they are perfectly safe for everyone. You can find the servers on the sites through which you can enter any map you want and can play with your friends. There would be so many servers to play with, however, we would recommend you to play on a server that has the highest ping as this would help you play the game without any interruption. Moreover, you can filter the pings with the specification of the map in settings. Download the game if you want to play against Bots.

The game comes with an amazing sense of modification to the maps, player models, and weapons which makes it great for all professional players. Counter-Strike 1.6 with Bots enables the players to go for the single-player mode in which they can play against the bots to improve their game and they can also play the game against the different players on the servers. The game has improved weapons which the players would love to fire them and the sound of the weapons. Moreover, new and old maps are also added to the game which would help the players to play in different locations. Download cs 1.6 with bots!