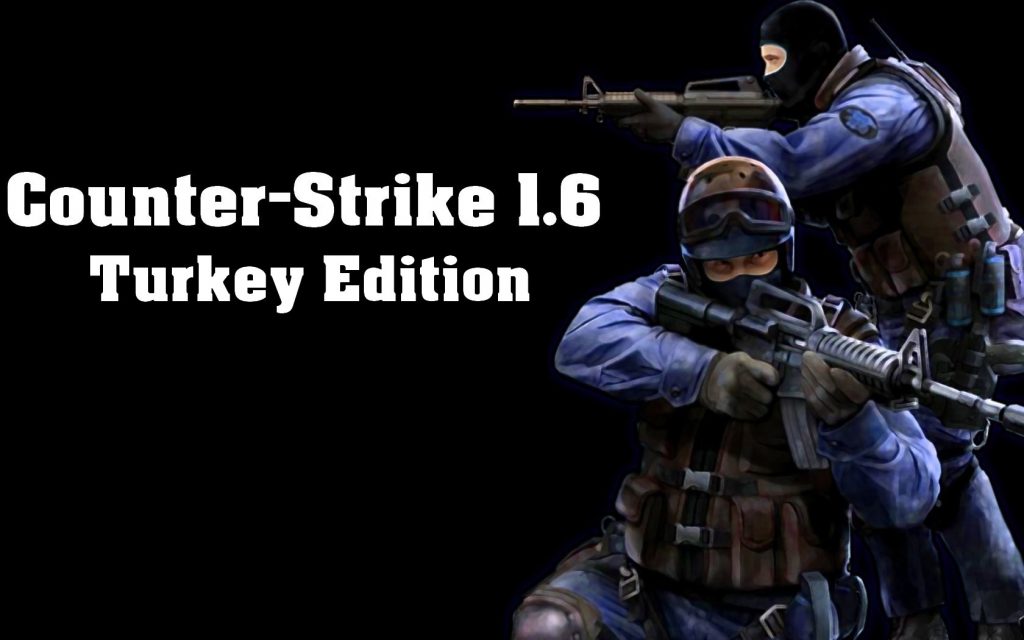 If you want to make your CS 1.6 experience more interesting then try this brand new edition specially designed for the people of Turkey, and therefore it is named as Counter-Strike 1.6 Turkey Edition. There are tons of great additions and updates in this new release, and frankly, it is designed in a wonderful Turkish style. The game has new player models. Weapons that would make great firing sounds and much more than that.

Let’s talk about the CS 1.6 Turkey Edition in all detail. From the very start, the game’s logo has a Turkish flag in it.  In addition to the Turkish National Anthem in the game along with the remix music track, the game comes with a great background image with art, a cool red color scheme, and a cool new design of the game menu. However, let’s now take a look at the game and join a server to see what it looks like from the inside. The game comes with some standard maps and they have now some new HD textures which make them look fresher or more modern.

There is another awesome thing about CS 1.6 Turkey Edition: the new HD weapon skins pack that looks great and is probably the main reason to try it out.  There is a lot of fun to be had with these guns, especially since they have new firing sounds. Counter-Strike 1.6 Turkey Edition comes with new player models that look great and much better than the originals.  Additionally, there are new radars and many new characters and effects that make for a very enjoyable gaming experience.

Additionally, the game is based on the latest build 9211, which allows avatars to be used in the game and appear on the leaderboard. HP and money also appear on the scoreboard. Any heavy mod connects five times faster than normal with this version due to the high additional resource download speed. Moreover, you can play the game online and there are bots that can help you play the game offline too to improve your skills before you go to a competition. Download the edition now to make more enjoyable experience.

The game comes with a great level of configuration such as players can change the level of difficulty, number of players, and much more than that. The game enables the players to choose the map they want and the Turkish touch in the menu and game would attract more people to the game. You can download the CS 1.6 Turkey Edition from the direct link or the torrent link easily; however, the game can be downloaded faster from the direct link. The game has all the modified players, maps, and weapons that can make the players stuck to the screen for a good long time without making them tired. Download Now Turkey Edition cs 1.6!