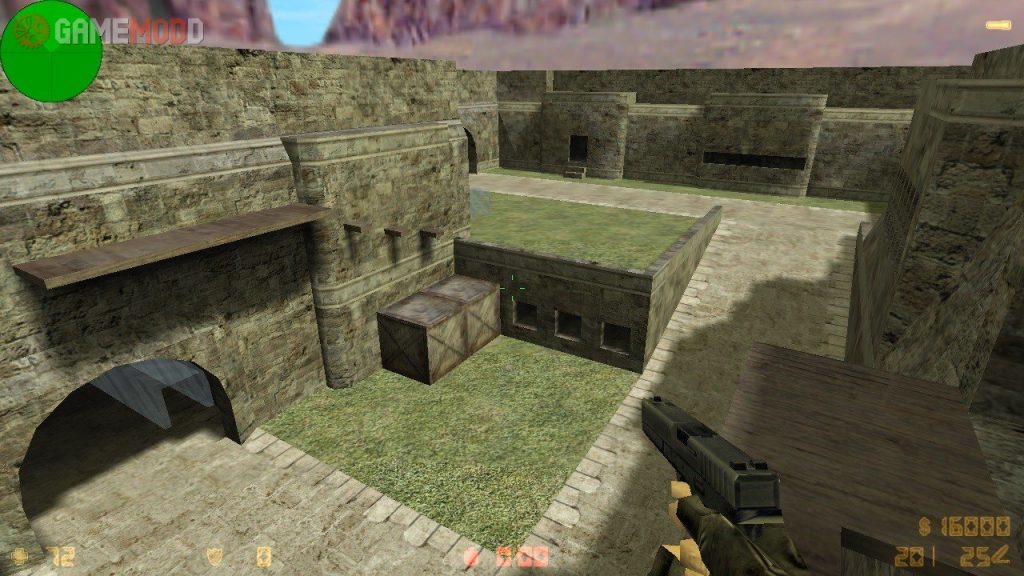 Counter-Strike 1.6 is a first-person shooter game filled with action and fast-paced gameplay. In counterterrorism and terrorism mode, players must rescue hostages and defuse bombs, among other objectives.

You earn in-game currency by winning rounds and cash bonuses by killing enemies. In the case of killing another teammate, a team member will receive a penalty for refusing to cooperate with the rest of the team.

Various modes are available in Counter-Strike 1.6, and they all have their advantages. Glicko ratings assign skill ranks to players within a skill level so that they can compete against each other.  The competitive mode features friendly fire, but Deathmatch and Casual do not.

Player performance determines the amount of in-game currency they earn during each round. They can then use the currency to purchase more potent weapons. You can find gameplay and maps for Counter-Strike in this section.

Original maps based on hostage rescue scenarios are called Hostage Rescue (cs_) maps. In or near the Terrorist spawn are at least four computer-controlled hostages.

To rescue the victims, Counter-Terrorists must lead them to the spawn area, usually around where the counter-terrorists spawn. Counter-Terrorists can win the round if they rescue all the hostages within the deadline. Players may lose money and be removed from the server if they kill a hostage, unintentionally or intentionally.

A bomb defuses map is a map that simulates the process of planting and defusing a bomb. An image on a map shows two bomb sites, A and B, one of which may be close to a counter-terrorist spawn point.

One of the terrorists has a C4 explosive; the terrorist can only plant this explosive at bomb sites. Terrorists who pick up a bomb killed by their enemies can use their radar to locate it and retrieve it like a dropped weapon.

In 45 seconds, anti-terrorists must locate and defuse the bomb planted by the terrorists. This time limit is adjustable; you can change it. Bomb defuse maps enable counter-terrorists to buy a special bomb defuse kit that can defuse a bomb in as little as five seconds.

Assassination maps are those based on assassination scenarios. It is a Counter-Terrorist team member that spawns as the VIP.

Although this player cannot purchase weapons or equipment within the entire map, they provide a fully-loaded USP pistol and 100 armor points (totaling 200). The VIP must travel from a spawn point to reach a rescue point.

The escape map (es_) scenario was defunct but required terrorists to reach specific exit points within certain time frames while counterterrorism teams tried to intercept them.

Most escape maps started the terrorist team without a buy zone, so players had to either find weapons or scavenge them from the corpses of others.