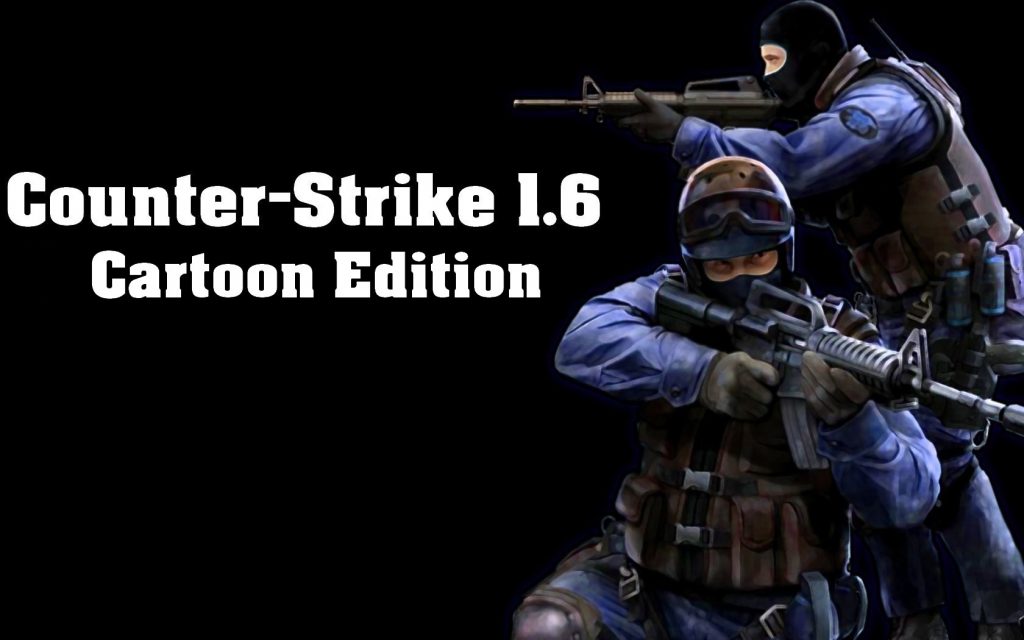 An animated cartoon atmosphere is created in Counter-Strike 1.6 download Cartoon Edition, a version of the game that alters the usual ambiance. A must-play edition of this game, as it looks incredible and very unique. Just download it, start it up, and explore de_dust2 by creating a new game. There is an animated cartoon style incorporated into every aspect of the game, including weapons, player models, and textures. The version of Counter-Strike you’ll see here is unlike any other you’ve seen before.

An exciting background and color scheme greet you from the very beginning of the game. If you start a new game with bots or enter a server from the in-game browser, you will notice the new gameplay design immediately. In case you’re interested in trying something completely different, try this Cartoon version of the game. However, it is powered by GoldSrc 1.6, and server locations are the same as before.

This version’s most important features are obviously those that are visible. The game does, however, include several other essential updates, such as bots and a helpful menu in-game (accessed via H). In addition to setting their skill level, adding the correct number you need, stopping them, killing them, removing them, and many other options, this menu tool does all that and more. The practice of playing against CPU players is very important for those who are new to the game.

You can get the installer in seconds by choosing either the direct link or torrent options for CS 1.6 download cartoon edition. Once that has been done, start the game and install it. You can immediately begin playing after that. To avoid playing on servers outside the in-game search, sort servers by ping in the browser. There is no risk of joining any of the servers inside the game. Although the game includes powerful anti-virus and anti-malware protection, any malicious scripts or viruses will be prevented from entering your PC.