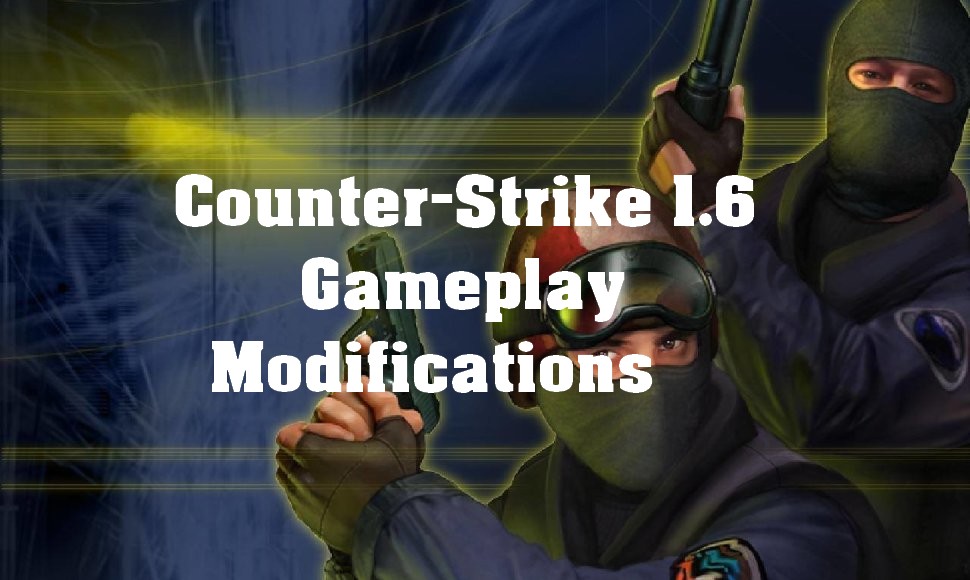 Counter-Strike was first released in 1999, and it has evolved a lot in the past two decades. Tens of different versions of the original Counter-Strike are available on the internet, and developers have modified everything from tasks to goals, and gameplay in these versions. You can download these mods to enjoy the game like never before. The best thing about these mods is that you don’t have to download any third-party add-ons at all because they are server-based only. When joining these servers, all the required resources will be downloaded in the background automatically. Talking about these CS 1.6 download modifications, below are some of the most popular mods that you can enjoy right now.

As the name suggests, this mod is a simple, and original Counter-Strike game that involves joining a team of four players, and shooting down enemies. Complete objectives such as bomb defusing, hostage rescue, VIP assassination, and bomb planting to earn points, and win the match. You don’t need any downloads for the Classic version except for third-party maps. For beginners, this version is the best option because the gameplay isn’t complex at all.

This mod is all about killing enemies on the map without worrying about any other tasks at all, which isn’t the case with the Classic CS 1.6 download. It is a straightforward mod that even new players can enjoy. During the round, you will be respawned again after a few seconds when you die, and this will continue until the time runs out. There is only one round in this mod, and the winner is decided based on the total number of kills at the end of the round. This mod is inspired by many new games and helps you play under pressure to perform better.

In terms of gameplay, the GUNGAME mod is very similar to DEATHMATCH because you will automatically respawn on the game map again when you get killed. The real twist is that there are many rounds in this mod, and the player who will reach the final round will win the game. Reach a new level, and get ahead of enemies. There is a new weapon for each level, starting with some of the most powerful weapons in the game and ending with the knife. It is satisfying as you test your skills with weapons of all categories.

The gameplay of the Zombie Plague mod for CS 1.6 download is similar to the famous zombie game Left4Dead: zombies vs. people in many ways. The story begins when one of your teammates turns into a zombie after contracting the virus and getting infected. Now, the job of the zombie is to bite other players in your team and turn them into zombies. Those who are still unaffected have to kill zombies without contracting the virus, and humans will win if they eliminate all zombies without becoming a zombie within the given time.

When it comes to tasks, the jailbreak mod in Counter-Strike is unique because players are divided into two groups named prisoners and jailers. Guards will be more in number compared to prisoners. One guard will act as the officer and commands all the other guards to deal with prisoners. The officer can also issue commands to prisoners as well, and those who don’t obey these commands will be executed. The map is a virtual jail with cells, special places, and a yard to make the mod a lot more fun.

Death run is a special map mod where you have to run through the complete map while avoiding all those hidden traps to avoid sudden death. One player acts as the owner of the map and activates these traps from a special room. Finish off the trap activator by reaching the end of the map to win the round. Given its popularity, various new tasks are also added to this mod to bring a variation. There is a zombie modification where a zombie is teleported on the map and can infect other players. The Invisible day tasks enable terrorists to murder other players, and they can’t see them because terrorists are invisible.

Just the death run mod, you have to finish the Counter-Strike map in this mod, but there is a twist that you can only travel on the map jumping from one building to the other or surfing on inclined surfaces. You have the option between two options: one option is to just complete the map, while the second option is to kill enemies while surfing.

In the Kreedz mod, you will be running from the start of the map to the end just like the Surf mod by means of jumping only. You don’t have to shoot anyone in this mod, and you can choose your favorite map from a long list of available maps to have fun like never before. When you press the first movement key on the keyboard, the timer will start, and the one who finishes in the shortest time will win.

In the hide and seek mod, one team will be equipped with knives while the other team will be bare-handed, and the team with knives has to chase the other team. There are many high places on hiding and seek maps, and any unlucky player who falls from these high places will immediately die. The goal in this mod is to stay alive while dodging enemies.

These are the most popular CS 1.6 download mods that you can find on the internet. You can enjoy these mods to get out of the boring world of Counter-Strike. Some other mods are also available, but this list is compiled by other Counter-Strike lovers, so there is surely something better in these modes, and they made it to this list.